Some hikers I met

Trying to hitch a ride:  Shakedown and Pano (guys) and Star Crunch (a gal)
Ride to town in a semi-truck driven by Brian 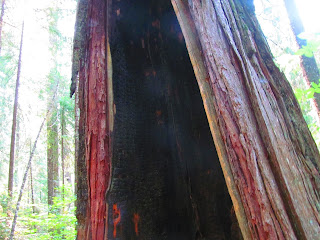 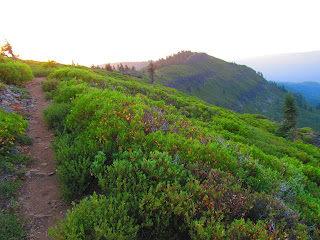 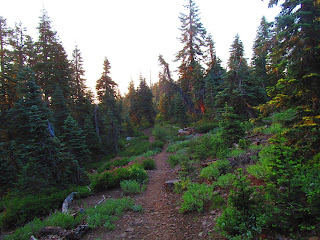 Wed 8/2 2-3 days ago I was hiking and in deep thought when suddenly I realized my left leg was WAY too close to a rattlesnake.  I gave out a shout, "Hey!" while I did a backwards do-si-do.  The snake crawled into the bushes.

It has been blistering hot.  Would someone please turn on the air conditioner at night so I can sleep! Dirty and sticky is one thing, but add sweating hot and sleep is not good.  No place to clean up near camp 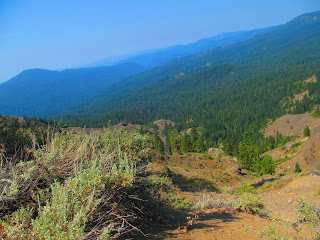 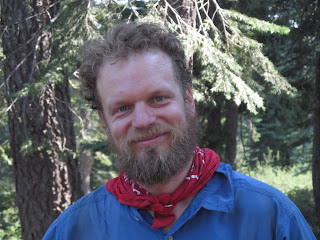 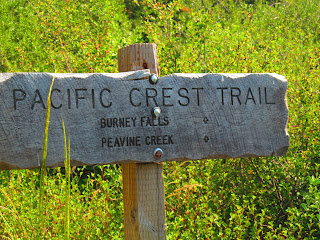 Some hikers I met:
We camped together at PCT mile 1475.6. Camp chores suffered because we talked--just us and with other hikers as they went by.  Froggy would like to have partnered with me, but we're not compatible--15 miles a day versus mid-20s, early versus later riser, and hiking pace. 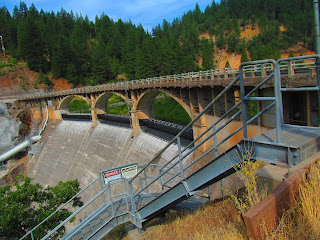 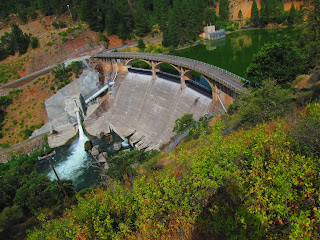 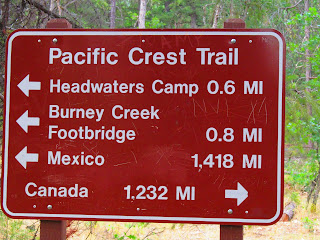 The ugly count is at 3.  Japanese woman and South Korean woman--bodies have been found.  Man from Ireland is missing.

I'm eating well--Italian dry salami, cheese and crackers before dinner. Last 3 camp meals were good:
Yesterday the hiking was pretty easy.  Today had 3500 feet of climb in the afternoon. 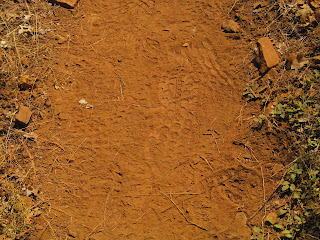 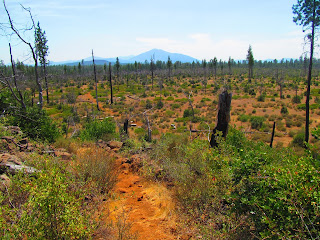 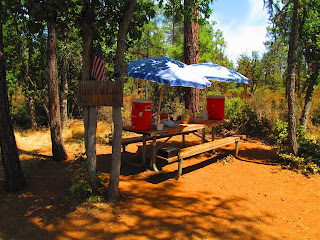 I could drink two pitchers of iced tea.  Another dry camp. I have only 2.5 quarts of water to get me through tonight and to first water tomorrow (7 miles away)

Hikers I met today:
Mid afternoon, I came onto a hiker in the shade. It was T-Bone.  I had met him at Cajon Pass and ran into him several other times.  We had a good long talk.  I didn't care, talking with T-Bone was more important.  T-Bone is from Ashland, OR.  He made it through all the Sierras.  The Japanese woman who died had a trail name--Strawberry 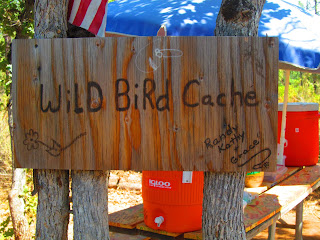 Mark, 53, from California is camping here too. Ten years ago he rode his bike across the US. Now he's doing a thru-hike of the PCT.  Impressive!


I was nailed by a bee today on the left calf.  Hurt like the dickens and still is a little sore

I was hiking in conifer shrub 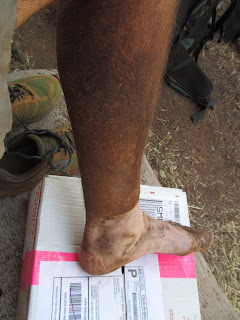 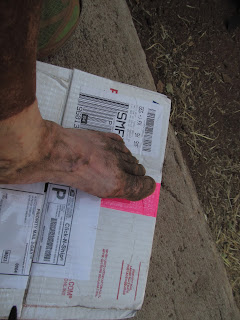 (Becky's note here:  The pink tape is to make it easy for Kevin to find his box amid the myriad of boxes that get sent to the same resupply hub.  Not just a few times we've found this a handy thing. )

About five miles south of Burney Falls State Park, I ran into trail magic--picnic table with shade, one cooler of water, one cooler of lemonade, and snacks

Made it to Burney Mountain Guest Ranch.  Shower and laundry and I feel like a million bucks.  They served taco salad.  I need to sort out food and water for the next section and leave so I can bivvy near or on the PCT.  Next 30 miles will be tough.  Hat Creek Rim, 29 miles between water sources.